Memoirs continue to be popular. The best of the lot read like fiction. There’s a beginning, middle, and end, but events are not necessarily presented in chronological order. We learn about a life, while the facts, even if they’re simply emotional recollections, resonate with our lives. 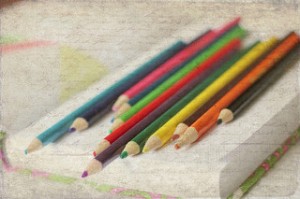 Moss Hart’s Act One, first published in 1960, is now a Broadway musical. It’s been described as a “funny, heartbreaking, and suspenseful portrait of the artist as a young man.”

Jeanette Walls’ 2005 The Glass Castle has sold 2.5 million copies and was translated into twenty-two languages. It’s now in development in the capable hands of Jennifer Lawrence, who plans not only to star in the film version, but also to produce the movie.

Writers often get around to telling their own story. Most recently, Frances Mayes, known for her personal reflections on living in Italy, including Under the Tuscan Sun, penned her autobiography, detailing her coming of age in rural Georgia.

So, too, do actors, who continue to act. Andrew McCarthy actually became a writer who travels or a traveler who writes. I’m not sure which came first. Molly Ringwald wrote Getting the Pretty Back, half memoir and half guide to girl things. Rob Lowe’s two autobiographies have been well received. Yes, the 1980s Brat Pack have done all right in the writing department.

The cast members from Beverly Hills 90210, now in their forties, are a prolific bunch, too. Shannen Doherty put out a guide to being a badass, if not a bad girl, something she knows about all too well. Jenny Garth found time to share her triumphs and tribulations as a single working Mom, and Tori Spelling continues to spill her guts, both on television and in print. And, this just in: Jason Priestley: A Memoir was recently released.

As far as the stories Priestley tells of his costars in the 1990s drama series, Doherty notes, “I always say that everyone has their own version of the truth, and memories are very funny things.”

Filed under Book Reviews and News.