Looking for a rousing Fourth of July? Watch Yankee Doodle Dandy. This 1942 biopic based on the life of George M. Cohan will have you singing and dancing and feeling downright patriotic. 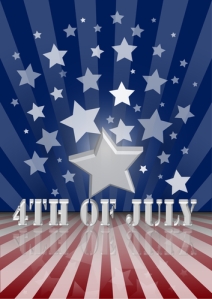 Cohan, known as “The Man Who Owns Broadway,” was a singer, dancer, composer, lyrist, playwright, and producer. His story, told as a flashback, began on the vaudeville stage with his parents and sister. He always closed the act by saying, “My mother thanks you. My father thanks you. My sister thanks you, and I thank you.”

Near the end of his career, President Franklin D. Roosevelt presented him with the Congressional Gold Medal for his contribution to morale during World War I, the first entertainer to be so honored.

Do you know “You’re a Grand Old Flag”? That’s one of Cohan’s songs.

What about “Over There”? That’s another.

So is the song “Yankee Doodle Boy,” which harks back to the Revolutionary War days:

Stuck a feather in his cap

And called it macaroni’.

Yankee Doodle keep it up,

Mind the music and the step,

And with the girls be handy.

But Cohan made the song his, too:

A Yankee Doodle, do or die;

A real live nephew of my Uncle Sam’s,

Born on the Fourth of July.

I’ve got a Yankee Doodle sweetheart,

Just to ride the ponies,

I am the Yankee Doodle Boy.

Cagney made Cohan proud and, in turn, makes us proud. So put on your marching boots and join the parade.

To put you in the mood this Fourth of July:

← A Year in Our Lives
Oh, Say Can You See →
No comments yet